This is a 90's dance track, one of those that you'll hear and say "oh yes I remember that" - but you might have seen the title to this post and gone "who? Eh?"

I heard it at the weekend, at the time I was dancing around the kitchen rocking my 3wk old baby to sleep and singing the chorus.

The chorus (to me) went like this..."we're having meatballs"

(Scroll in about 46secs for the chorus)

Apparently these aren't the words of the chorus (says Mr Lisa) the lyrics are, "we're having big fun"

I much prefer the carniverous lyrics.

The birth of my baby boy, Sam Vincent.

This time last week I was in early labour at the RVI, I'd gone in on Sunday 28th September to be induced, being pregnant for 39weeks +1 day.

I'd also built up this fear of induction, reflecting on the last time labour was induced; to give birth to my dead baby (Ellie) and I was over-thinking things too much...

I was also concerned about "what ifs" - what if the drugs they used didn't work - I didn't want to have the intravenous drugs (known to cause rapid, more painful contractions and with a higher risk of requiring other interventions).  On reflection, these concerns were about control - if things didn't go "smoothly" then I wouldn't feel in control and that (for me) meant danger.

My birth plan was simple (I thought) - no epidural, no forceps, no c-section (unless there was a significant risk to my/my son's health), I'd accepted every drug offered to me during the delivery of Ellie and this time I refused everything (except gas & air) to ensure that nothing would compromise the health of my baby and I needed to hear that all important "cry" as soon as he was born, compared to the silence when I had Ellie.

I did seek help and support from the SANDS forums and Janine Rudin - an extrodinary woman, who has helped me over the last 18months or so....She gave me the support and reassurance that I could re-think the negative "what ifs" into positive "Cans" - positive statements to confirm what I can do: I can ask questions, I can use breathing techniques to relax, I can listen to my body, I can move around etc...And focus on the ending I'd been visualising; laid in the hospital bed with my baby on my chest.

I was induced at the RVI hospital in Newcastle, along with 4 other women, and was happy to be in the same ward - this was 'normal' practice with a positive outcome, and I wanted as much normality as possible.

I was weighed on the day, 88.9kg (13stone 13lb) - a pleasant, unexpected surprise (I thought I might have put on more in the last few weeks). Treatment began at 11.40am, at 12.30pm I was allowed to get up and move around, permitted to walk around the hospital but not to go off site....so we went off site.  I felt so naughty, I'm never usually a rebel and tend to do as I'm told.  My hospital wrist band and surgical stockings were visible but I didn't care.  We went to M&S near Haymarket and sat at the cafe near the bakery section and had a slap up lunch, chicken & bacon ciabatta, Carl had a steak sandwich.  It was brilliant!

My remedy was to listen and dance to music - I'd put together a collection of dance music, stuff with a good beat that I could shake/sway/wiggle my hips to stood at the end of the bed (the curtains were drawn), and Carl had a nap.  I felt that if I was actively dancing around then the baby might start moving in the right direction

At times I was put on a monitor, with 2 elastic belts around my waist, monitoring our baby's heartbeat and I had to use a clicker to record his kicks, his heartbeat was regular and steady and his kicks/movements were normal too.


The next drugs were due around 5.30pm, but as I'd progressed enough (2cm) my waters were broken (not painful but it caused a big gush of fluid, I was surprised at how much).  After this I had to stay on the monitor until a delivery room was ready.

At 7.10pm I "graduated" from the induction ward to a delivery room (on my own), the other 3 women on the ward weren't there yet, and this made me feel positive - my labour was progressing well.  By the time I left I was contracting every 3 minutes for about 45 seconds at a time (typically 4 in a 10 minute period).

Everytime I heard a cry from a baby on the corridor it reminded me why I was there - reassurance of the positive ending - a crying baby :-)

I remember being introduced to another midwife, her name was Ellie, they asked if that was okay?  I thought it was because of her name, but then realised she was a student - and they were asking if she could observe.  My birth plan said no, the midwife Lyndsey also realised what my birth plan had stated and we said no.  They were fine with this.

I told Lyndsey that I would fully cooperate with her, I'd listen to her and I'd work with her during the pushing bit as I really didn't want to tear or be cut.

The next parts were a bit blurry (I didn't make notes, as I'd been doing until now) I was too distracted by contractions and focussing on my breathing.

The last time I remember being checked was 9.30pm, initially I was stood up leaning over the bed leaning on a pilates ball during contractions, and breathing "calm and relaxed"as I went.

There was screaming across the corridor, other women in labour going through the pushing bit - some seemed to be screaming forever, I didn't want to be like that.  I just told myself that they were having a bigger baby than me.  It seemed that as soon as the screaming stopped you'd hear a wail from a baby and then 20mins later another woman would start screaming in agony...

I ate pieces of "power flapjack" - a recipe I'd got from the CycleHub last year for their cyclist's flapjack (full of oats, honey, peatnut butter, fruit & nuts) and I covered it in chocolate too for good measure.  And I drank lots of water, and also High5 cycling energy drink. 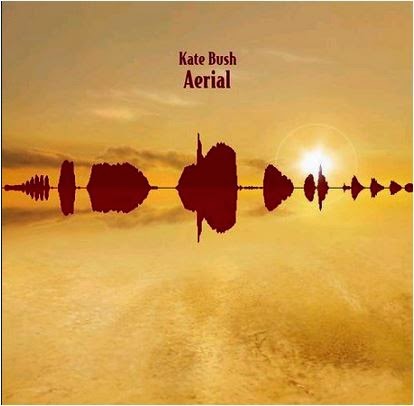 I had Air "Pocket Symphony" and Kate Bush "Aeriel" playing on a bluetooth speaker - calming songs to help me relax.

I made sure I went to the loo every hour, at each visit the contractions were increasing and I gave myself a pep talk in the mirror - to keep me focussed, to remind me to breathe and to tell myself that this is what it necessary to bring me my baby.

The last toilet stop I remember was 11pm.
I kneeled on the bed in an upright position, Carl massaging my lower back (& when his hand got stiff, he used a tennis ball we'd taken in).

I was offered drugs - I refused. Just gas & air.

My baby's heartrate was monitored during later contractions, no change - almost textbook.

I'm sure I could feel him wriggling in there too whilst I was experiencing the pain of labour, and I knew that he was alright.


During strong contractions I sometimes got my breathing technique mixed up with breathing the gas and air and I'd panic, which would cause me to tense me up, and I had to tell myself to stay "calm and relaxed"

I got to a point where I couldn't stay as calm and relaxed anymore, things were at the point of no return, my calm and relaxed breathing now had a noise, me crying out in pain - which I felt were pretty calm compared to what was going on across the corridor (but you'll have to check with Mr Lisa about this, as I can't remember how loud I got)

I reached the point where I needed to push and I moved into a position where the midwife could check things (to make sure I could push) and at this point I was staying like this, on my back.

The pushing took 15minutes (that's quite quick they tell me).

Once his head was out the rest of the body followed, it felt incredibly strange all of that long body going through me, it seemed to take forever and I think I gasped in horror, like I could see my insides coming out of me, of course they weren't - this was my baby - but it was quite a shock.  With Ellie, I didn't want to see her birth, and I had a cushion over my knees to shield the view.

The cry. The cry of our healthy baby boy.

Alive and well.
Our baby was put on my chest, skin to skin - where he immediately did a wee on me.

No cuts, no tears, no interventions, just grazes - a small price to pay for a beautiful baby boy, with long gangly arms and legs and big feet and hands.  Shovels for hands as my dad would say.