I love good food, eating it and making it - and I want to share all of the foodie events I know about which are happening in or around Newcastle (taking part, buying, eating, learning etc).  There's always plenty to get involved in.

I'll tag these posts as 'Foodie-Happenings' and tweet them when there's something new.
If you want me to share any foodie events - email me (or add a comment to the page)

A social gathering involving cake - baked and eaten by the attendees.  Meet up in a secret venues across the North East.

Newcastle Cake Club gathering, May 2013 (date to be confirmed) - confirmed by me on twitter 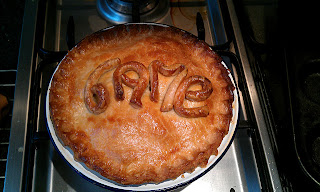 There's also a fantasticly funny Charity Comedy Night on Monday 29th April at The Stand Comedy Club, raising money for The Sick Children's Trust - and there is a food-related link, Seymour Mace has baked at a Clandestine Cake Club!

The place to be for real ale - yes, Newcastle's annual beer festival returns!  It's held at Northumbria University Students Union,  Sandyford Road,  Newcastle upon Tyne, NE1 8SB.  Always provides a wide range of local and national real ales and ciders.  There is a fee to get in, but you get a glass and pay for beers using their simple token system.

Newcastle's own baking club, meeting in venues across Newcastle this gathering and welcomes all baked goods, sweet, savoury, individual, portions, pies and cakes.
Their next event isn't yet advertised, but follow them on twitter
Twitter: @GasMarkFour