A big day out (for 2 baby pigeons)

Before I start I should give you a bit of an explanation here, so you know that I'm not completely barking mad....My brother has racing pigeons, and so does John - the bloke with the allotment next to mine. Last year my brother and John met and agreed to breed each other 2 birds for each other, the pigeons my brother bred for John we're delivered (by car) about 3 weeks ago. Early last week my brother got the nod that the 2 birds John bred were ready. John offered to drive half way to meet my brother, but my brother knew that I was visiting at the weekend and thought it would be easier if I took them. 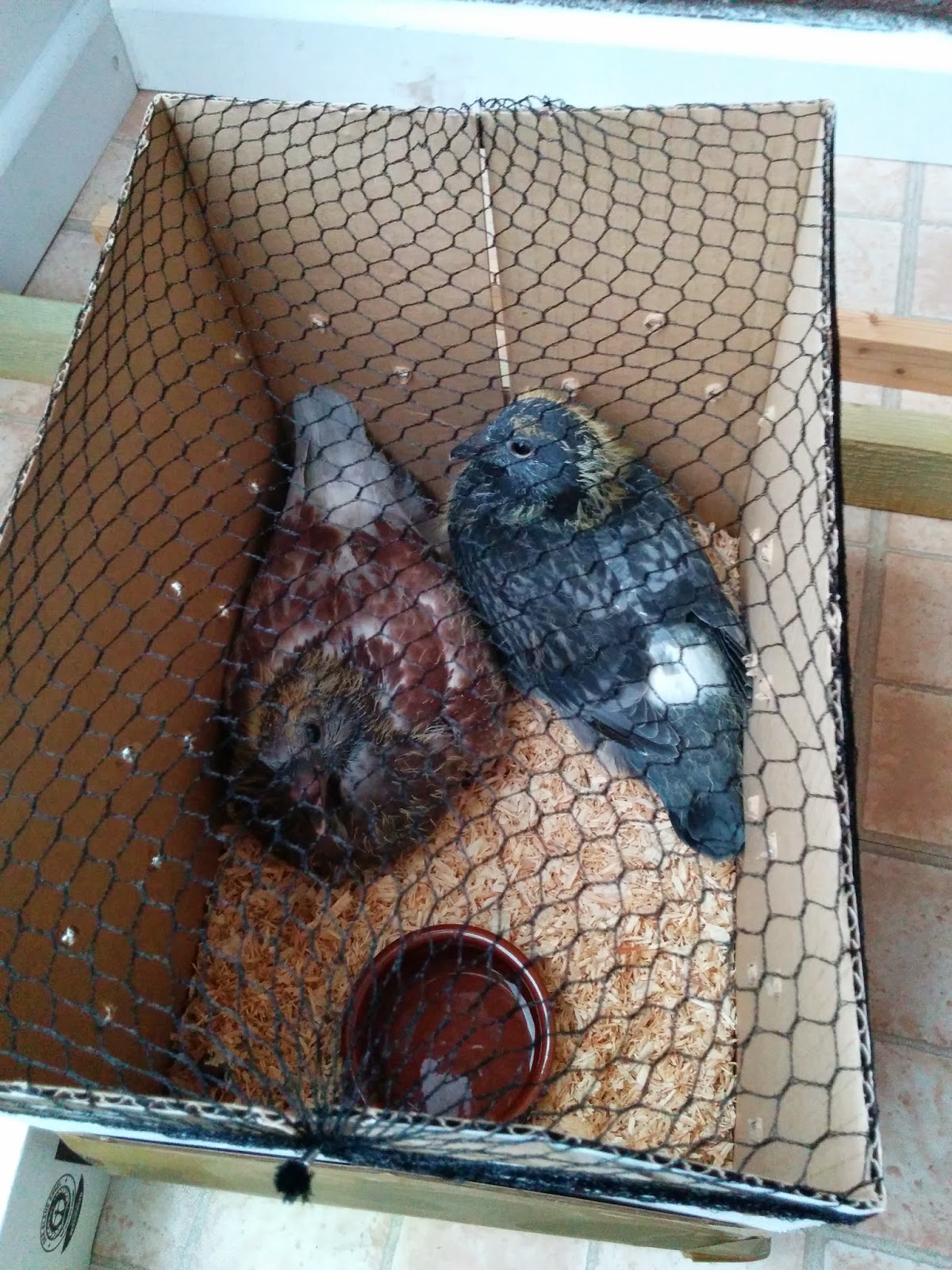 I picked the birds up on Thursday after work, I popped to the supermarket (left the birds in the car) and brought them home. They stayed in their box in the porch all night.

In the morning they came to work, I put the box in a bag, mainly because I can carry a bag with 1hand and also not to draw attention to myself. I did get a few funny looks, but no one asked "what's in the box". I got to work okay and put the box in a large cupboard.

I sent an email around the team so no one got a fright when they went into the cupboard, a few people wanted to "have a look" or take photos, because "you never see baby pigeons" I put some water in a dish I took, and put it in the box for them.

I left the lid off the box and stretched a hair net over, so they had some light, could see out but couldn't escape (they couldn't fly).

We had a long chat at coffee about pigeon racing, testing my knowledge of how I think/remember my brother and dad doing it and how pigeons race, the younger ones race on their stomachs and older ones back to a mate. I must have sounded like a geek, but my dad and brother have been doing this for over 15years, it's hard not to notice.

It reminded me of school, when you had to talk about "My interest" and you could take something in to show (a sticker album, a rubber collection, a pet) people in your class could ask you about it and then you'd do a write-up afterwards.

I left work earlier and headed to the station, back on the escalator, on the metro and settled them onto the train to Kings Cross and we enjoyed the train ride to Northallerton (about 50mins).

My brother in law picked me (& the birds) up from the station and dropped me at my mums.

I think they enjoyed the adventure, I think I did too.
Posted by Lisa (aka Loopygirl) at 19:35